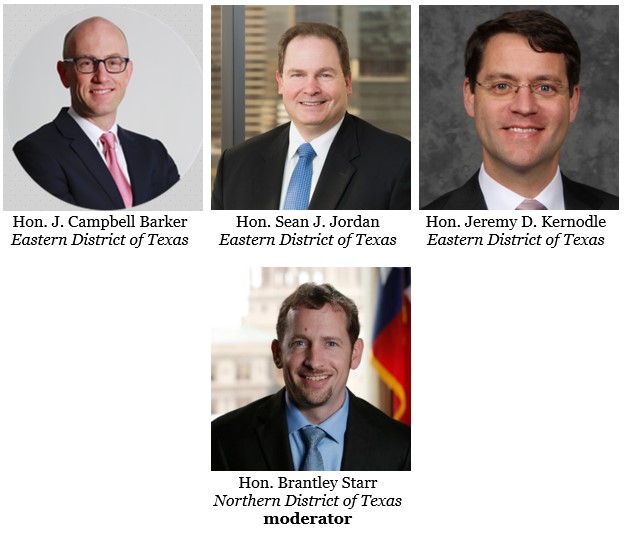 Hon. J. Campbell Barker:  Prior to taking the bench, Judge Barker served as Deputy Solicitor General of Texas, arguing appeals and public-law cases for the State.  Before his state-government service, Judge Barker was an appellate and IP partner at Yetter Coleman in Houston.  Before that, he spent four years in the Appellate Section of the DOJ’s Criminal Division.  While there, he taught appellate advocacy at the National Advocacy Center, completed a Pegasus Scholarship with the English Inns of Court, and served on detail as a Special Assistant U.S. Attorney in the Eastern District of Virginia.  Judge Barker served as a law clerk to Judge William Bryson on the Federal Circuit and Chief Judge John Walker on the Second Circuit.  He earned his BS in computer engineering summa cum laude from Texas A&M and his JD from the University of Texas, where he graduated first in his class.

Hon. Sean J. Jordan:  Prior to becoming a judge, Mr. Jordan was a partner in the Austin, Texas, office of Jackson Walker, where he served as the Co-Chair of the firm’s Appellate Practice Group.  Prior to entering private practice, Judge Jordan served as Principal Deputy Solicitor General for the State of Texas, representing the State in appeals in both federal and state courts.  He also served in the United States Army as an infantryman and paratrooper in the 82nd Airborne Division.  Judge Jordan received his BA, summa cum laude, from the University of Texas at Austin and his JD, with Honors, from the University of Texas School of Law.

Hon. Jeremy D. Kernodle:  Before joining the bench, Judge Kernodle was a partner at Haynes and Boone, where he founded and chaired the firm’s False Claims Act practice group and focused on representing healthcare providers and government contractors in federal courts throughout the country.  He also served on the firm’s executive committee.  Judge Kernodle is a past president of the Dallas Chapter of the Federalist Society and the Dallas Chapter of the Federal Bar Association, and a former secretary of the Dallas Bar Association’s Appellate Section.  Before joining Haynes and Boone, Judge Kernodle was an attorney-advisor in the Office of Legal Counsel at the U.S. Department of Justice.  After earning his law degree at Vanderbilt in 2001, Judge Kernodle clerked for Judge Gerald Bard Tjoflat of the U.S. Court of Appeals for the Eleventh Circuit.  He earned his BA and BBA, both summa cum laude, from Harding University.

Hon. Brantley Starr:  Prior to taking the bench, Judge Starr served as the Deputy First Assistant Attorney General of Texas, from 2016 to 2019, under Jeff Mateer.  Starr also served as a staff attorney to Justice Eva Guzman of the Supreme Court of Texas, and worked as an Assistant Attorney General, Assistant Solicitor General, and Deputy Attorney General for Legal Counsel, all in the office of the Attorney General of Texas.  Judge Starr received his BA, summa cum laude, from Abilene Christian University, and earned his JD from the University of Texas School of Law.  After graduating from law school, he was a law clerk to then-Justice Don Willett of the Supreme Court of Texas. 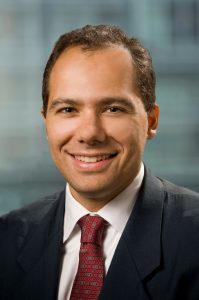 Ilya Shapiro is the author of Supreme Disorder: Judicial Nominations and the Politics of America’s Highest Court (2020). He has contributed to a variety of academic, popular, and professional publications, including the Wall Street Journal, the Harvard Journal of Law & Public Policy, the Washington Post, the Los Angeles Times, USA Today, National Review, and Newsweek. He also regularly provides commentary for various media outlets, is a legal consultant to CBS News, and once appeared on the Colbert Report.

He was a vice president of the Cato Institute, director of the Robert A. Levy Center for Constitutional Studies, and publisher of the Cato Supreme Court Review. Before joining Cato, he was a special assistant/adviser to the Multi-National Force in Iraq on rule-of-law issues and practiced at Patton Boggs and Cleary Gottlieb. Before entering private practice, Shapiro clerked for Judge E. Grady Jolly of the U.S. Court of Appeals for the Fifth Circuit. He holds an AB from Princeton University, an MSc from the London School of Economics, and a JD from the University of Chicago Law School (where he became a Tony Patino Fellow).

CLE credit will be available. 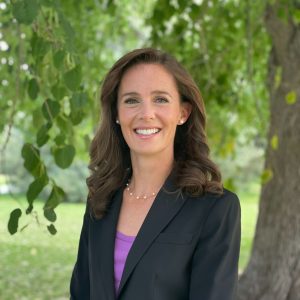 Katherine C. Yarger is a partner at Lehotsky Keller, where she focuses on complex commercial litigation at the trial and appellate levels.  Ms. Yarger previously practiced as a trial and appellate litigator at the law firms of Gibson, Dunn & Crutcher LLP and Wheeler Trigg O’Donnell LLP where she represented clients across a wide array of industry sectors. 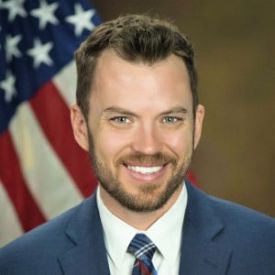 Gene Hamilton served as Counselor to the Attorney General at the United States Department of Justice from 2017–2021—providing legal advice, counsel, and strategic guidance to Attorneys General Jeff Sessions and William Barr as well as other officials throughout the Department of Justice.  Prior to his service at the Department of Justice, Gene served as Senior Counselor to the Secretary of Homeland Security, John Kelly; as General Counsel to Senator Jeff Sessions on the Senate Committee on the Judiciary, Subcommittee on Immigration and the National Interest; as Assistant Chief Counsel for U.S. Immigration and Customs Enforcement; and as an Attorney Advisor in the Secretary’s Honors Program for Attorneys at the U.S. Department of Homeland Security.

Please join the Dallas and Austin Chapters of the Federalist Society for a presentation about the recent Texas Power outage.

Richard A. Epstein is the James Parker Hall Distinguished Service Professor Emeritus of Law and Senior Lecturer at the University of Chicago Law School.  Epstein started his legal career at the University of Southern California, where he taught from 1968 to 1972.  He served as Interim Dean of the Law School from February to June 2001.  He is also the Laurence A. Tisch Professor of Law at New York University, and the Peter and Kirsten Bedford Senior Fellow at the Hoover Institution.

Please join the Dallas, Austin, and Tyler Lawyers Chapters of the Federalist Society for a presentation about student speech.

Eugene Volokh teaches First Amendment law and a First Amendment amicus brief clinic at UCLA School of Law, where he has also often taught copyright law, criminal law, tort law, and a seminar on firearms regulation policy.  Before coming to UCLA, he clerked for Justice Sandra Day O’Connor on the U.S. Supreme Court and for Judge Alex Kozinski on the U.S. Court of Appeals for the Ninth Circuit.  He is a member of The American Law Institute, a member of the American Heritage Dictionary Usage Panel, and the founder and coauthor of The Volokh Conspiracy, a leading legal blog.

Please join the Dallas, Austin, and Ft Worth Lawyers Chapters of the Federalist Society for a presentation about qualified immunity.

Scott Keller is a partner at Baker Botts L.L.P., where he chairs the firm’s Supreme Court and Constitutional Law Practice.  Before joining Baker Botts, Scott served as Solicitor General of Texas, U.S. Senator Ted Cruz’s chief counsel on the Senate Judiciary Committee, and as a Bristow Fellow in the U.S. Department of Justice’s Office of the Solicitor General.  Scott clerked for U.S. Supreme Court Justice Anthony Kennedy and Chief Judge Alex Kozinski of the U.S. Court of Appeals for the Ninth Circuit.

Please join the Dallas, Amarillo, Austin, Ft Worth, Houston, and Tyler Lawyers Chapters of the Federalist Society for a conversation about litigating COVID lockdowns.

Heather Gebelin Hacker is a partner at Hacker Stephens LLP. Before her time in the private sector, Heather served as an Assistant Solicitor General in the Texas Attorney General’s office, representing the State in its most critical appellate litigation and advising senior officials and state agencies on important legal issues.  She has extensive appellate experience, including before the U.S. Supreme Court, federal appeals courts, and the Texas Supreme Court.  Her clients have included the Governor of Texas, the Attorney General of Texas, the University of Texas System, the University of Texas at Austin, and the Texas Legislature, among others.

Robert Dunn is Of Counsel at Eimer Stahl.  He focuses his practice on appellate and complex litigation and has represented clients before the Supreme Court of the United States, various state and appellate courts, and various federal district courts.  Before beginning his legal practice, Rob served as a law clerk on the U.S. Supreme Court for the Honorable Clarence Thomas, and on the U.S. Court of Appeals for the Ninth Circuit for the Honorable Diarmuid F. O’Scannlain.

Ryan Walsh is a partner at Eimer Stahl LLP.  He focuses his practice on corporate counseling and appellate and complex commercial litigation.  Ryan previously served as Wisconsin’s Chief Deputy Solicitor General, law clerk on the U.S. Supreme Court for the Honorable Antonin Scalia, and law clerk on the U.S. Court of Appeals for the Ninth Circuit for the Honorable Diarmuid F. O’Scannlain.  In 2017, Ryan was named to Forbes’ “30 Under 30: Law and Policy” list.

Please join the Dallas and Austin Lawyers Chapters of the Federalist Society for a debate regarding whether a future administration should increase the number of Justices on the Supreme Court of the United States.

Dan McLaughlin is a Senior Writer for National Review and previously practiced securities and commercial litigation at a major global law firm for 23 years.

Joshua Braver is a professor of law at the University of Wisconsin and the author of the 2019 paper “Court Packing: An American Tradition?” 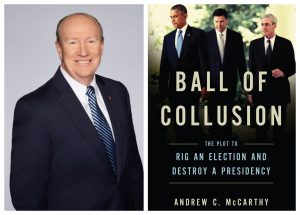