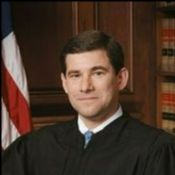 William H. Pryor Jr. serves as Chief Circuit Judge on the United States Court of Appeals for the Eleventh Circuit.

He served as the 45th Attorney General of Alabama from 1997 to 2004.  When he took office, he was the youngest attorney general in the nation. In his reelection, he received the highest percentage of votes of any statewide candidate.